And, find these sessions + herbal maker DIY programming on demand on IGTV anytime. 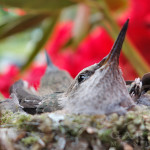 Load More... Follow us on Instagram
« Previous 1 … 169 170 171
(Qualifying purchases made through affiliate &/or sponsored links on this page and others on this site pay a small percentage to Garden Mentors.)