Disease problems on your greenhouse plants? Try blowing it away by adding ventilation.

Arbutus unedo is a must-have plant for gardens in need of winter interest. 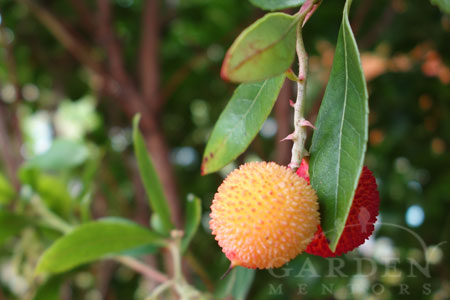 Arbutus unedo, or strawberry tree as it is commonly called, is a Mediterranean cousin to the NW native madrone and manzanitas. While not native to North America, this tree (or in some cases, shrub) performs very well in many Pacific Coast areas of the United States. We’ve enjoyed seeing them thrive as far south as Los Angeles and as far north as our own Seattle area garden.

Once established, they easily tolerate lower water conditions, but they may drop significantly more interior leaves under drought stress. And, in the harshest Seattle winters, some cultivars like ‘Marina,’ readily give up the ghost. But, in more typical years, Arbutus unedo is a winter garden star.

Not only is Arbutus unedo evergreen, but it also has spectacular, shredding reddish-brown bark. So, if you arborize it (aka: prune it into a tree form), you’ll enjoy both evergreen foliage and stunning bark throughout the year. If you choose to train it as a shrub, you might not see much bark, but those medium-sized leaves will offer privacy for you and protective habitat for birds and other wildlife. 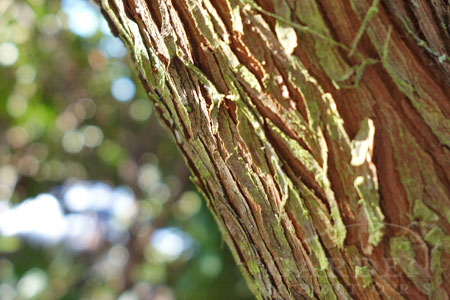 And, the beautiful leaves and bark aren’t this tree’s only winter quality. In fact, the strawberry tree also is at its showiest beginning around Halloween. Just as other plants are dropping leaves and going to earth (or the compost pile) for winter, Arbutus unedo begins to both ripen its fruit and open its flowers. 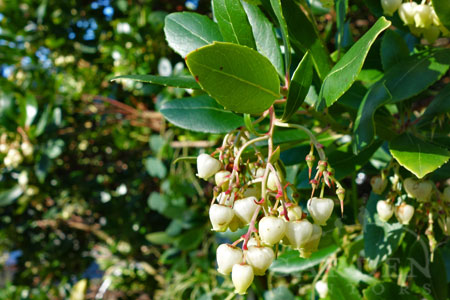 Beginning in early autumn, clusters of roundish, strawberry-textured fruits transform from pale green to varying shades of yellow, orange and red. And, while you probably won’t want to gobble up the fruit like you would a real strawberry, you might see a crow, raven or squirrel chowing down on them.

As an aside: When I (Robin) was in horticulture school, upon learning that this fruit can be edible, one student claimed that the name “unedo” means “eat just one”. While I haven’t been able to verify that statement, I can say I’ve eaten one, and one was was plenty. I’m not sick or dead from eating it, but I’d have to be starving to eat another one. The texture is mushy, and they aren’t flavorful.

Dangling white chandeliers of bell-shaped flowers drip from branches throughout the strawberry tree’s branches. They begin to open in October and often continue to bloom well into the following spring. Because they open just as a majority of pollinator foods go dormant, this fantastic plant may be the one to keep your garden hummingbirds from moving on for winter. And, if you’re fortunate enough to have a dry, warmish day, butterflies and bees of all kinds will find their way to your winter garden too. 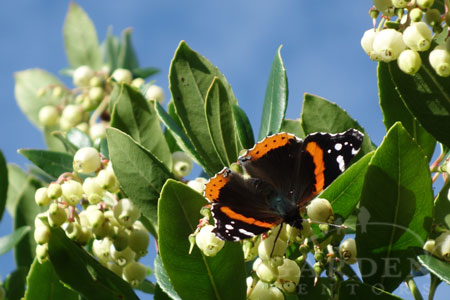 Arbutus unedo can get quite large: think 20+’ tree! And, even the cultivar ‘Compacta’ matures into a particularly large shrub (or tree): think 15′. Don’t be fooled by the the idea that compacta actually means compact with this one.