Too many weeds? Consider spreading a thick layer of mulch after weeding to smother new seeds!

There are any number of summer blooming white wildflowers. Some are very distinct. Others may be difficult to differentiate. For instance, can you tell the difference between relatively innocuous and possibly edible Queen Anne’s lace (Daucus carota) and its terribly toxic Apiaceae cousins poison hemlock (Conicum maculatum) or giant hogweed (Heracleum mantegazzianum)? For that matter, can you tell the difference between these and their highly cultivated vegetable garden cousins the simple carrot or cilantro? 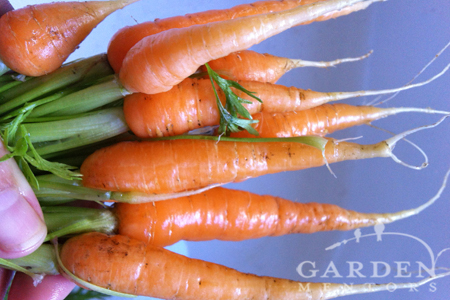 Did you know that tasty cultivated carrots have some highly toxic cousins?

If not, don’t despair! Even highly trained horticulturists may find themselves stumped by these similar looking plants. Just being aware that lookalikes exist and using caution when plucking wildflowers on a trail is a great first step!

Just the other day I was strolling on a beach trail, thrilling to the sight of all the wildflowers in bloom. Delicate Queen Anne’s lace was one of the many. It’s a flower I’ve encountered all my life in wild settings from the Virginia countryside to the hillsides of northern California to the PacNW bay that I now call home. This non-native carrot family member has made itself at home throughout the United States — to the point of being declared noxious by many states. Noxious or not, the flowers of this beauty are a magnet for important pollinators that both feed and breed on it. 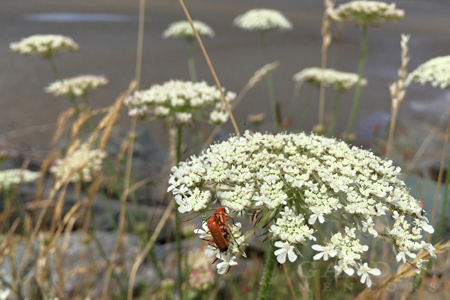 White wildflower Queen Anne’s lace may be considered noxious by some, but this non-native naturalized carrot family member is an important breeding ground for pollinators like these soldier beetles.

Not far from the Queen Anne’s lace, and interspersed with it throughout the trail, were sprouts of its more dangerous cousins. The nearby towers of giant hogweed were past their bloom cycle and unlikely to confuse the toddlers plucking trail-side flowers. But, intermittent wispy sprouts of poison hemlock appeared to be masquerading among the profusion of Queen Anne’s lace — just waiting for an unsuspecting posy plucker to make a dangerous mistake. 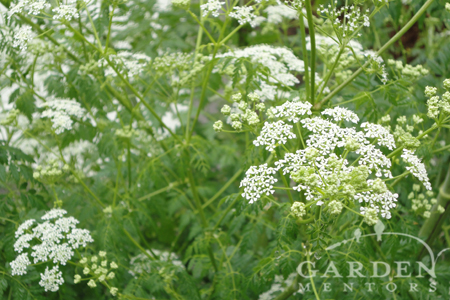 This is poison hemlock. Like giant hogweed it is usually much larger than Queen Anne’s lace, cilantro and carrots. But, don’t count on that to keep you safe!

So, just a word of caution: if in doubt, don’t pluck it out. Don’t even touch it. That giant hogweed could burn and blind you. The poison hemlock could, well, poison you — to death. Instead, leave these umbels of white to dance in the breeze and provide habitat for pollinators that in turn will help bring your summer crops to fruition. Take a picture. As they say, “it’ll last longer.” (Of course, if any of these unwanted dangers pop up in your home garden or neighborhood, do your research to learn how to safely eradicate them before they take hold.)